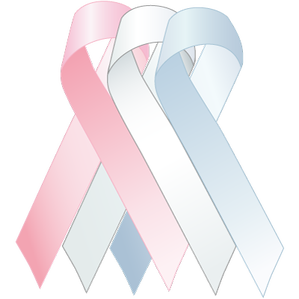 
​When I went to my appointment for my GBS screening, I was told I didn't have GBS so during labor I didn't have antibiotics. Jeremiah was healthy before leaving the hospital.The first week he was acting a little strange—wheezing, his face started to kind of change, and thrush on his tongue. By the first appointment on Friday, I started asking questions about the symptoms I was seeing. She made it seem like I was young and that babies do change. By that following Sunday his breathing started sounding crazy. My mom noticed it and felt like he needed to receive medical attention. When we arrived his heartbeart had skyrocketed especially for a week old. He immediately got admitted and checked out. He had multiple tests done. He had a spinal tap which came out cloudy. After that it went kinda in a blur. He started having seizures--some so severe they had to even revive him. The hospital was pressuring me to pull the plug so much I got him transferred to another hospital.

They were wonderful and nursed him to okay shape. (The damage was already done.) He went home then around April. He went back for hypothermia, had thyroid issues, had a feeding tube and had delays so he couldn't drink a bottle, sit up, or roll. He was seeing a PT OT and a nurse came out at least once a week. As Jeremiah got older his health decreased it almost seemed. Before he passed he was admitted at least 3 times and stayed a long period of time. My poor child was experiencing something I cannot even fathom. (I was only 16.) As a minor my mom was technically my guardian so she contacted Jeremiah's pediatrician. They cornered her into a office and told her Jeremiah never was seen there (even though she prescribed something for his thrush.)
​
— Erica Anderson, United States

Erica currently doesn't raise awareness but would like to if shown the way.
​To learn more about Perinatal & GBS Misconceptions, click HERE.