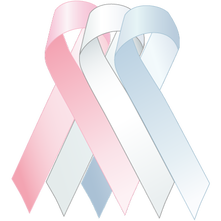 
My precious baby girl, Divyashri, was born on the 12th November 2016 and died that very same day. My husband and I were excited when we learnt we were pregnant. After 2 years of married bliss, we were finally going to have a family. I had a wonderful pregnancy. I was told I even had the "glow."

However, at 28 weeks of my pregnancy, I was told by my gynecologist that I had impaired glucose tolerance. He told me he was going to medically induce me at 38 weeks. Even though I adjusted my diet and regulated my sugar levels, the doctor still insisted on doing this induction. Tablets were inserted into my vagina to start the induction at 38 weeks, 1 day. My labour was a nightmare! I did not know pain like that existed. To make it worse, I believe due to the pethidine they gave me, I just went mentally out of it. I was vomiting, dehydrated, spaced out. I was told I was not dilating fast enough. I remembered the midwife prepping me for c section.

Sometime after, the doctor checked me and said I was fully dilated. After 12 hours of the doctor artificially clipping my waterbag, I finally gave birth to my little darling. The doctor had to use a vacuum cup to take out my baby. But something was wrong. Our baby girl did not cry! I Just vaguely remember my husband pacing in the room praying out aloud. Divyashri had to be resuscitated — only then did we hear a weak cry. The pediatrician attended to her and told me she gave the baby the antidote for the painkiller. She said the baby will be alright. My gynecologist said that my daughter will be alright. The midwife also said that Divyashri will be alright. But my precious bundle of joy was far from "alright". She had to be rushed to the NICU a few hours later. My baby was having breathing problems, she was not feeding well and even threw up and she looked so pale. She was placed in a head box. Upon reaching the NICU, I was told by the NICU nurses that my baby collapsed. She was immediately tubed and given some antibiotics. Her samples were sent to the lab. I immediately discharged myself from the private hospital to be with my baby. She died that very evening.

My husband and I went through the horror of getting an autopsy done. We wanted to know the cause of death. She died from sepsis caused by GBS. We never heard of this bacteria before in our lives! Our gynecologist never told us about GBS! II was never suggested to me that I should be swabbed! My baby could have been alive today If I was only given some antibiotics during labour! Our first baby and first grandbaby in the family... may you be in an eternity of peace, my sweet sweet child. May your passing be not in vain.